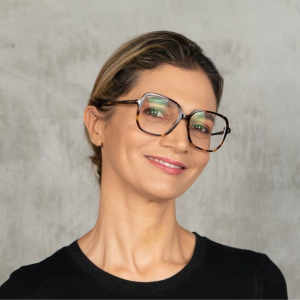 6 Facts About Highly Sensitive People Based on Research

The word “sensitive” is often used negatively, but this doesn't have to be the case. Many good qualities come with being highly sensitive. And as it turns out, those who identify as highly sensitive are not rare at all – they make up about 20% of the population! This blog post discusses 6 facts about highly sensitive people that will help you understand this trait better.

Here's what we know from research so far: about 50% of the differences in highly sensitive people can be accounted for by genetic factors. The other 50% is related to an individual's environment.

However, this doesn't mean we've found a specific gene that is linked to sensitivity. Like most conditions, sensitivity is probably a complex relationship between many genes, each gene having a small effect. There is no “sensitivity gene.”

2. Sensitivity is a spectrum

One of the most important things to remember about sensitivity is that it exists along a continuum. Some people have extreme sensitivities, and others with only very mild sensitivity. Everyone is sensitive to an extent.

3. Women are not more sensitive than men

There is a common misconception that women are more sensitive than men. There have been studies done, however, which show this not to be the case. Women and men both exhibit high sensitivity in equal amounts at about 30%.

The difference between these two groups is how they handle their sensitivities. Women tend to self-report higher levels of sensitivity. This willingness to admit and outwardly express sensitivity likely relates to cultural and social factors.

However, large-scale studies on the genetics of sensitivity do not indicate gender differences. Men may be more likely to try to suppress their sensitivity due to cultural and societal norms.

4. Being highly sensitive has many advantages

Highly sensitive people tend to have heightened perception and deeper processing. This is because they tend to process information deeply, which can make them great listeners and collaborators.

Highly sensitive people tend to have a well-developed understanding of relationships due to a more remarkable aptitude for identifying the emotional states of others.

They also tend to notice subtleties, hidden patterns and make connections that others may not. They also have a deep appreciation for beauty. This makes them good counselors, artists, advisors, scientists, coaches, healers, and teachers.

Neuroticism means that someone is prone to experiencing negative emotions. These are feelings of sadness, anger, and anxiety. Highly sensitive people have these tendencies as well. This is because they can easily feel overwhelmed with their thoughts or emotions that the environment around them.

Openness to experience means that someone has a general interest in new ideas, things that are unusual or different. Highly sensitive people may be more prone to this trait because they tend to experience the world in a very dynamic way and appreciate the variety of life experiences.

Extroversion is often described as outgoing behavior and the desire to be around other people. Highly sensitive people are more likely to be introverts and self-reflectors. They tend towards deep thinking, creativity, empathy, shyness, and worry about the future or past events in their lives.

6. Being highly sensitive is not a psychological disorder

Being highly sensitive is not a psychological disorder. It's just identifying someone more prone to being deeply affected by their environment, thoughts, and emotions.

Highly sensitive people process life differently from others, making them feel overwhelmed with too much information sometimes or overstimulated from all types of stimuli.

On extreme ends of the spectrum, such as highly sensitive, may be more prone to developing mental health disorders or psychological disorders.

Especially if they go through adverse experiences, highly sensitive people may be more prone to develop disorders such as anxiety or depression. However, being highly sensitive is not a psychological or mental health disorder in itself.

Sensitivity is a common and normal human trait

We all fall along a continuum of sensitivity. But some are born with a higher degree of sensitivity than the rest of the population.

The trait is not a negative or positive thing; it identifies how someone processes stimuli in the world.

Highly sensitive people are born this way—they can't control their high sensitivity any more than they could choose to have brown hair instead of blonde hair.

If you fall anywhere on the spectrum, you could benefit from learning about your sensitivity and how you can better exist within the world as a sensitive person.

Want to learn more about how you can turn your sensitivity into your superpower and practice more highly effective self-care?

A dysregulated nervous system could further exacerbate your highly sensitive symptoms. Take our FREE nervous system quiz to find out the exact state of your nervous system, and get a free personalized report detailing what's holding you back from a more calm and connected life.

Are you an Orchid, Tulip or Dandelion?   Find out your Sensitivity Profile (FREE) and receive an 8-minute video with an in-depth explanation of your results via email.

Membership Waiting List  The Nervous System Solution doors are currently closed, but if you join the waitlist, you’ll be the first to know when we reopen.

Connect to the Universe Meditation: Activate your Parasympathetic Nervous System and a profound sense of peace with this meditation (FREE). Guided by Dr. Linnea.

Join our Movement on Instagram:  Dr. Linnea shares practical tools to regulate your Nervous System every day. Join the community and ask her your questions.

Dr. Linnea has dedicated 20+ years serving patients, first to a small number of individuals and then to thousands of people all over the world through digital technology. As a highly sensitive person, she understands the challenges faced by those with a sensitive nervous system and created HYNS with them in mind.

HYNS helps people with a sensitive nervous system build a stronger mind, manage overwhelm and burnout, and develop the full potential of their sensitivity.